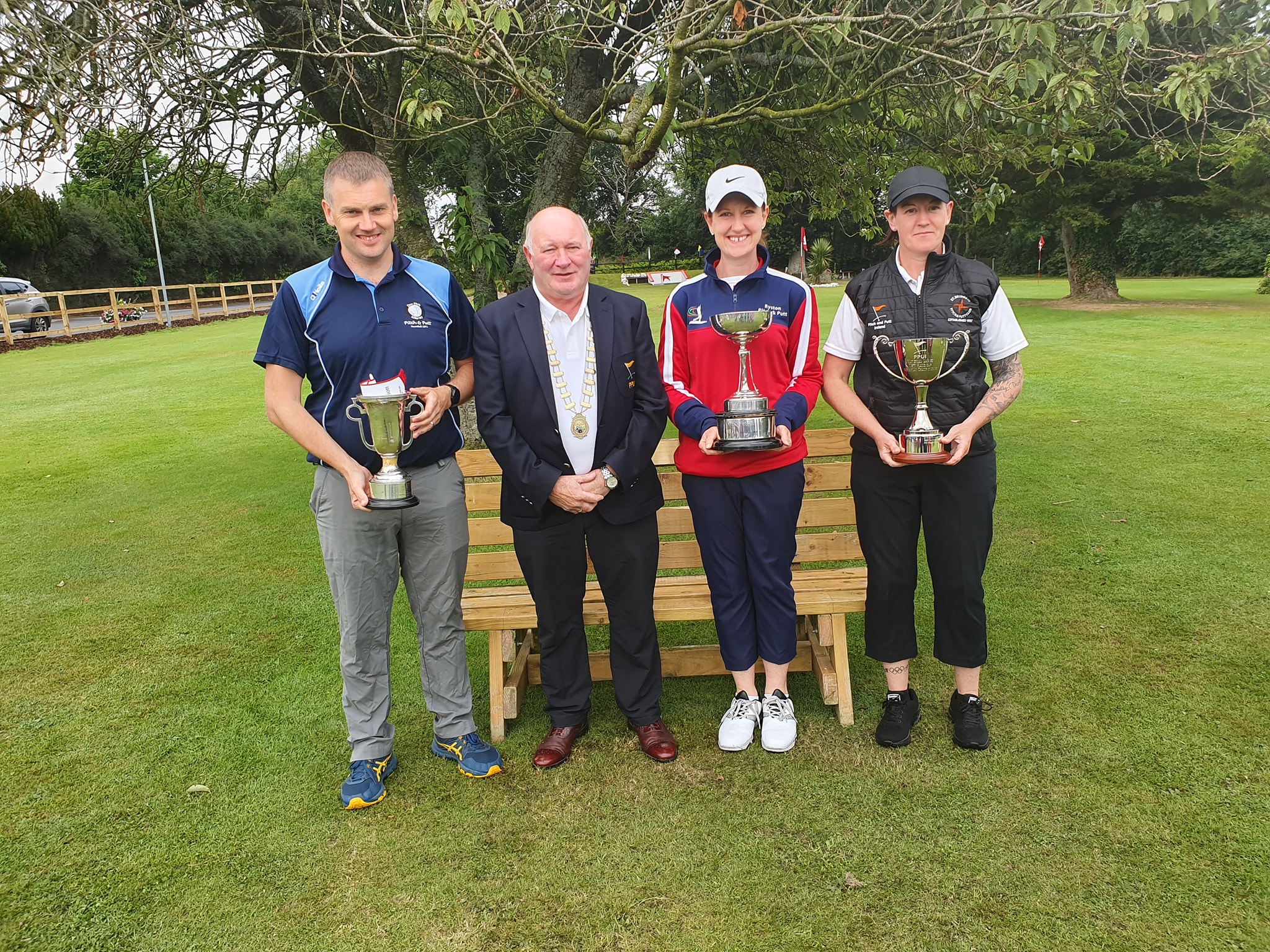 John Manning gives us a breakdown of what last weekend in Ryston meant for the history books.

Four national individual titles (Strokeplay/Matchplay) moves Damien up to sole fourth place behind Ray Murphy (10), John Walsh (5) and Sean Downes (5). The ten-year gap between his first and most recent victory in the National Gents’ Matchplay is the fourth longest in history after Ray Murphy, John Walsh and Sean Harkins. Damien has contested four National Matchplay semi-finals and won them all.

The 2021 National Gents’ Matchplay championship final was the sixth between players representing clubs in Cork and Kerry. Damien Fleming’s victory at Ryston gives Kerry players a 4-2 advantage in such finals.

A Corkman has lost every National Gents’ Matchplay final to be contested at Irish Ropes/Newbridge – Joe Buckley in 1976, John O’Leary (1982), Darren Collins (2001) and Ray Murphy.

Sean Goggin reached the National Gents’ Matchplay semi-finals for the third time. His record is W1, L2. He has played Ray Murphy in two of those semi-finals and following the semi-final which he won, he faced Ray in the final.

The 33 year gap between Breda’s initial runner-up performance in the National Ladies Matchplay championship (1988) and the most recent (2021) is a new record, eclipsing her own 32 year mark.

For the fourth time in history and the second time in three years, the National Ladies Matchplay was won by a player on her home course.

The 2021 Ladies final was the 2nd National Ladies Matchplay championship decider to be contested by players representing Kildare and Tipperary clubs. Breda White has played in both, winning in 2014 against Tara Dillon.

Abby Whelan is the first player representing a Leinster club to win the competition.

2018 Leinster Junior Matchplay winner Audrey Donnelly’s aptitude for the Ladies Matchplay Nett Cup continues. A quarter-finalist in 2019 and 2020, Audrey made the 2021 last four.

Suzanne Reilly was the second Oldcastle player inside a couple of weeks to contest a National Matchplay semi-final after her club-mate Mark Cadden contested the National Boys Matchplay semis.

Margaret Keogh (1st Round), Marian Courtney (semi-finalist), and Maree O’Toole (quarter-finalist), all played in the National Ladies Matchplay Championship on the last occasion it was played at Ryston (in 2001) – performance then in parentheses.