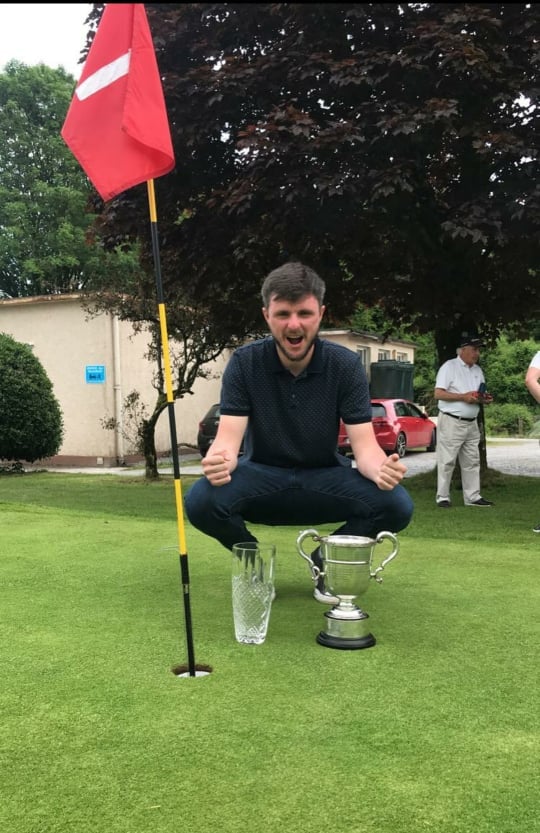 Reigning champion Michael Conway (Tralee) will bid to make history on Saturday by becoming the first player ever to retain the National Gents’ Intermediate Strokeplay championship.

Michael Conway denied 1995 Champion Michael Herlihy (ESB) on the countback in the 2020 Championship at St. Stephen’s and Herlihy will be back, attempting to land a second Intermediate crown, at Navan on Saturday. 2017 runner-up Jimmy Quinn (Fermoy) is in a high-quality field as is Frank O’Brien (Collins) who took the bronze medal nationally at Glenville in 2018. Jimmy is also a former National Junior Strokeplay runner-up.

Iain Aherne (Ballinlough) and David Murray (Bishopstown) have both worn silver at National U16 events – Iain in the 2017 National Boys’ Matchplay Championship at St. Stephen’s and David in the 2019 National Matchplay Plate.

Evan Ganly (Trim) finished fourth at St. Stephens behind Michael Conway in the 2020 Championship and headed the 2021 Meath qualifying round. Home players must always be respected and Cliff O’Brien (Navan) won the recent Navan Intermediate Scratch Cup having been Meath County Board Intermediate Masters winner in 2019.

Saturday’s final will feature a number of players who have represented their counties with distinction in Inter-County combat.

Charlie Compton (Tipperary Hills) was a Munster Intermediate Inter-County Runner-Up with Tipperary in 2019.

The ultra-experienced Robbie Donovan (Fermoy) has helped his north Cork club to National Inter-Club success and was County Intermediate Strokeplay champion a year ago. Robbie made the final round of the 54-hole 2017 and 2018 championships. 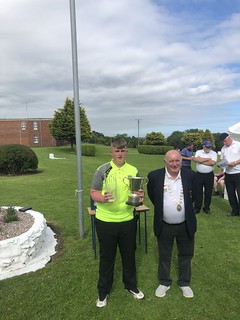 Ireland’s successful European Team championship manager, in 2005 and 2007, Paddy Browne (Collinstown) will strike the first tee-shot of the 2021 National Junior Strokeplay Championship at Stackallen. Paddy has made the finals again, having played in the 2020 Championship at St. Annes.

Dominic Scully (Erry) was runner-up to Evan Carry in the 2017 National U16 Strokeplay Championship at Erry, having helped Offaly to 2016 Leinster U16 Inter-County success at The Acres. Colin Hammond (Ballinlough) was an impressive winner of the St. Annes Junior Scratch Cup with a 36-hole tally of 104 last Sunday.

Joseph O’Connor (Glenville) was crowned 2019 Dublin Junior Strokeplay champion at Ierne. Anthony Lee was a member of the Stackallen trio that captured Best Gross in the 2019 Meath County Board Team Event at Stackallen.

Listowel’s John Carey will hope to build on experience he has gained by qualifying on a number of occasions in the past.

This will of course be the third time Stackallen has hosted a National Junior Gents Strokeplay finals this Millennium.

Dominant force in the 2001 Junior Championship at Stackallen on a difficult day scoring-wise was Cork Strokeplay runner-up Stephen O'Leary.  The Douglas man carded an opening round of five under par 49 to lead the field a merry dance and added a 56 second eighteen to head the ten qualifiers for the last round.

At that point, O'Leary was four ahead of Pat Murtagh (McBride).  By the sixth hole of the play-off, Murtagh had closed to within one shot but there was to be no denying Stephen O'Leary who pitched to two feet on the home green and made the putt for an even-par aggregate of 162 and a five shot victory. Another Corkman, Crosshaven's Conor Aherne, also birdied the last to finish third (169).

There are no Douglas players in the 2021 championship but other Cork players (in addition to those already mentioned) seeking to match Stephen’s win two decades on will be St Annes trio Alan Keating, Michael Sheehan and Alan Duggan, Collins pair James O'Sullivan and Paul Walsh, Ballinlough club-mates Darren O'Leary and Paul Higgins, Cian O'Callaghan and Alan Gillick (both of Bishopstown) and Michael Breen (Rocklodge).

Alan Bennis (Parteen) was the most recent winner of the National Junior Strokeplay championship at Stackallen. That was in 2014. 2021 Limerick contenders will be Bruff duo Kieran Donegan and Peadar McCarthy along with John Kavanagh (Ardnacrusha).

Tomorrow: Declan Sheedy looks ahead to the Ladies events in Tullamore