In an unbelievably tight finish to the National Ladies Inter-County Championship at McDonagh, Tipperary Ladies scored 590 to win for the third time ever and for the second time in seven years. Breda White has been on board for every Tipp win (1990, 2013 and 2019). For Martha O’Brien, Shula McCarthy and Mary Quinn, it was a second win in the Inter-County having played at Hillview in 2013. Playing alongside their mother Shula, Michelle McCarthy and Gemma McCarthy (whose 57 was the tiebreaking sixth card) each recorded their first win in the Ladies Inter-County. Dublin also scored 590 to finish second for the third year in a row – a first for the 21-time Champions. Dublin filled second place for the 13th time in the Championship, moving one ahead of Kildare on that all-time list. 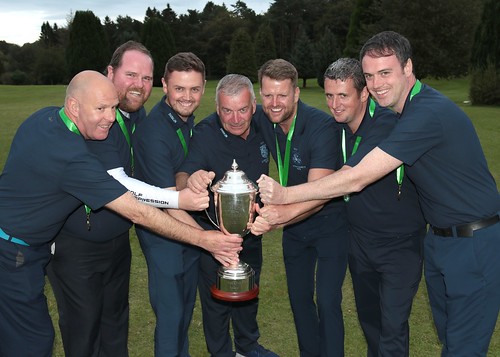 Junior Smith (winning for the third time), John Ross Crangle (taking his second Inter-County winners medal) and first-timers Jason Larkin, George McGreal, Paul Nolan and Chris Gallagher combined impressively for a total of 739 at McDonagh to wrap-up an 18th Gents Inter-County victory for Dublin. Dublin’s ten stroke winning margin over Louth is Dublin’s best since Dublin beat Meath by 10 at Cloghogue in 1982. Louth were runners-up for the third time in five years and for the fourth time in all. Padraic Sarsfield, Ian Donnelly, George Beardsley and Barry Thornton now have three silver medals, Sean Goggin two and Peter Reilly one. 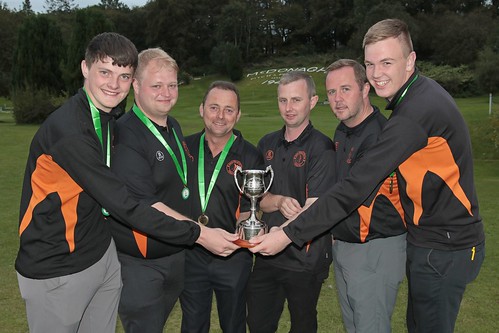 Wexford’s second nett prize continued the Slaneysiders’ impressive Inter-County record, which includes an overall win in 2012. Dayle Donohue, Richard Grannell and Dean Grannell were part of the Wexford team that was third last year. Martin O’Neill and Paul Tobin were members of the 2012 winning side. Jim Foley played on the Wexford team that won the 1999 lower tier championship at Waterford Crystal. 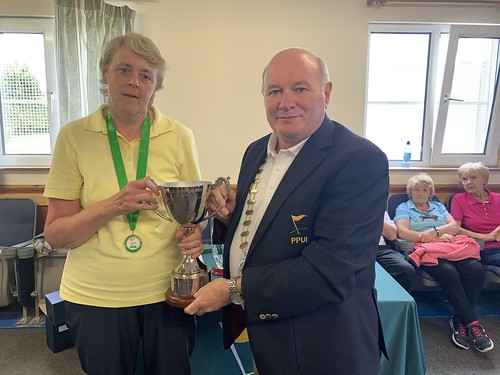 With a play-off success over Mary Murray (Rocklodge) after a tie on 102 at ESB, Margaret Hogan became the third multiple winner of the National Ladies O-55 Senior Grade Strokeplay championship (joining Sheelagh Elmes and Mairead O'Toole on that particular list), all that 40 years since she completed her National Ladies Strokeplay Championship treble. 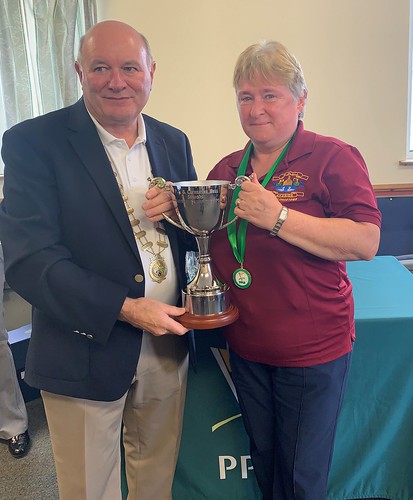 Frances Ryan (Lakeside) posted 109 at ESB to progress from last year’s third place to be the 2019 National Ladies O-55 Intermediate Grade Strokeplay Champion. Frances was a four stroke winner over Patsy O’Donovan (Collins), who added Runner-Up spot at ESB to her other silver medal performances at Rocklodge (Nett Cup) and St. Bridget’s (National Intermediate Strokeplay).Patsy has now been second twice and third once in the O-55 Championship in the last five years. 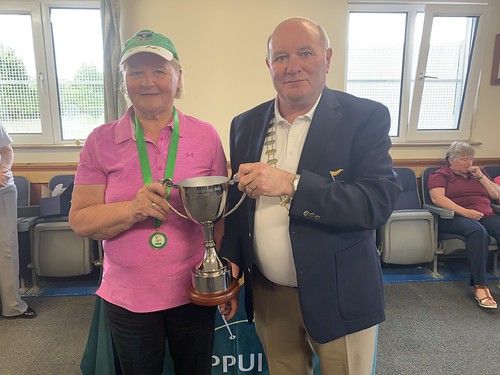 Nuala McNamara (Collins) finished third on 125, 15 years since she occupied the same position in the inaugural Intermediate Grade equivalent and three years since she captured bronze at the National Ladies Junior Strokeplay Championship. Gabrielle Sweeney (St Bridgets) scored 93 to clinch the Best Nett prize 12 years since she was Runner-Up in the same event at St Patricks. 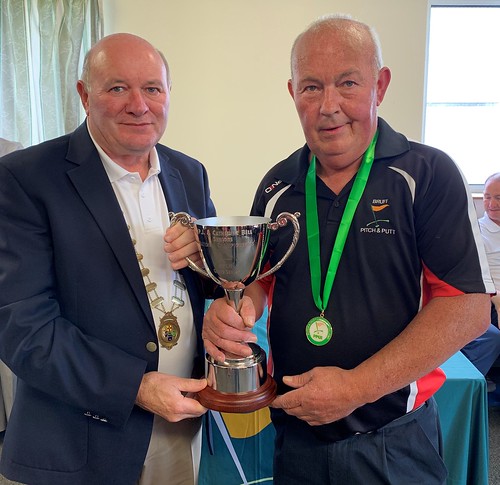 With his dramatic ace-birdie finish for a 98 at ESB, Patsy Farrell cemented his position as the first player from Munster to win the National Gents’ O-55 Senior Grade Strokeplay Championship since the late Marty Fawl in 2004. Patsy’s Bruff club-mate Pacelli Darcy scored 99 to ensure the first-ever Munster 1-2 in the history of this Championship.

Frank Ryan’s 99, which saw the Athgarvan man deprived of second place on the tiebreaker, was the best by a defending Champion since 2008 winner Pat Greene finished second a year later at Tullamore. A 93 by 2015 Intermediate Winner Tony Carroll (Royal Meath) was the second best ever winning score in the relatively new Nett category. 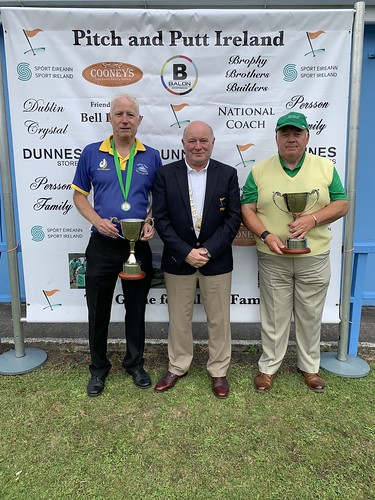 A nine under par 99 by John Tett at ESB made him the fifth Cork player in history to win the National Gents O-55 Intermediate Grade Strokeplay Championship and the second from the Raffeen Creek (formerly Pfizer) club to do so. John O’Grady shot 101 to be the first player to finish Runner-Up to a club-mate in the history of National Gent’s O-55 Intermediate Grade Strokeplay Championship.

Building on his nett success in the Cork O-55s event at Bishopstown earlier in the season, Pat Haugh matched John O’Grady’s 101 (only to be denied second on the back eighteen) to become the first Majestic player to attain a podium position in the history of the National Gents’ O-55 Championships. The 91 returned by 2017 Cork Junior Matchplay Champion Michael Bransfeld (Raffeen Creek) was the best ever winning score in the Intermediate Nett category.

After a tie on 106, Gerry Doyle won the second-ever play-off for the National Gents O-55 Junior Grade Strokeplay Championship eight years after he was runner-up in the Intermediate Grade equivalent. Michael Kenny narrowly failed to emulate Ferbane club-mate PJ Dunne, who won the only other play-off in National Gents O-55 Junior Grade Strokeplay history.

Former National Competitions Secretary Paddy Browne claimed third spot on 110 over a decade on from his successful stint as international team manager (leading Ireland to the 2005 and 2007 European Team Championship titles). Raffeen Creek’s Stephen Ashcroft brought in an 85, which ensured a Nett winner from a third different province (following wins by Cloghogue’s Finbarr Oakley in 2017 and McDonagh’s Sean Crowe in 2018).