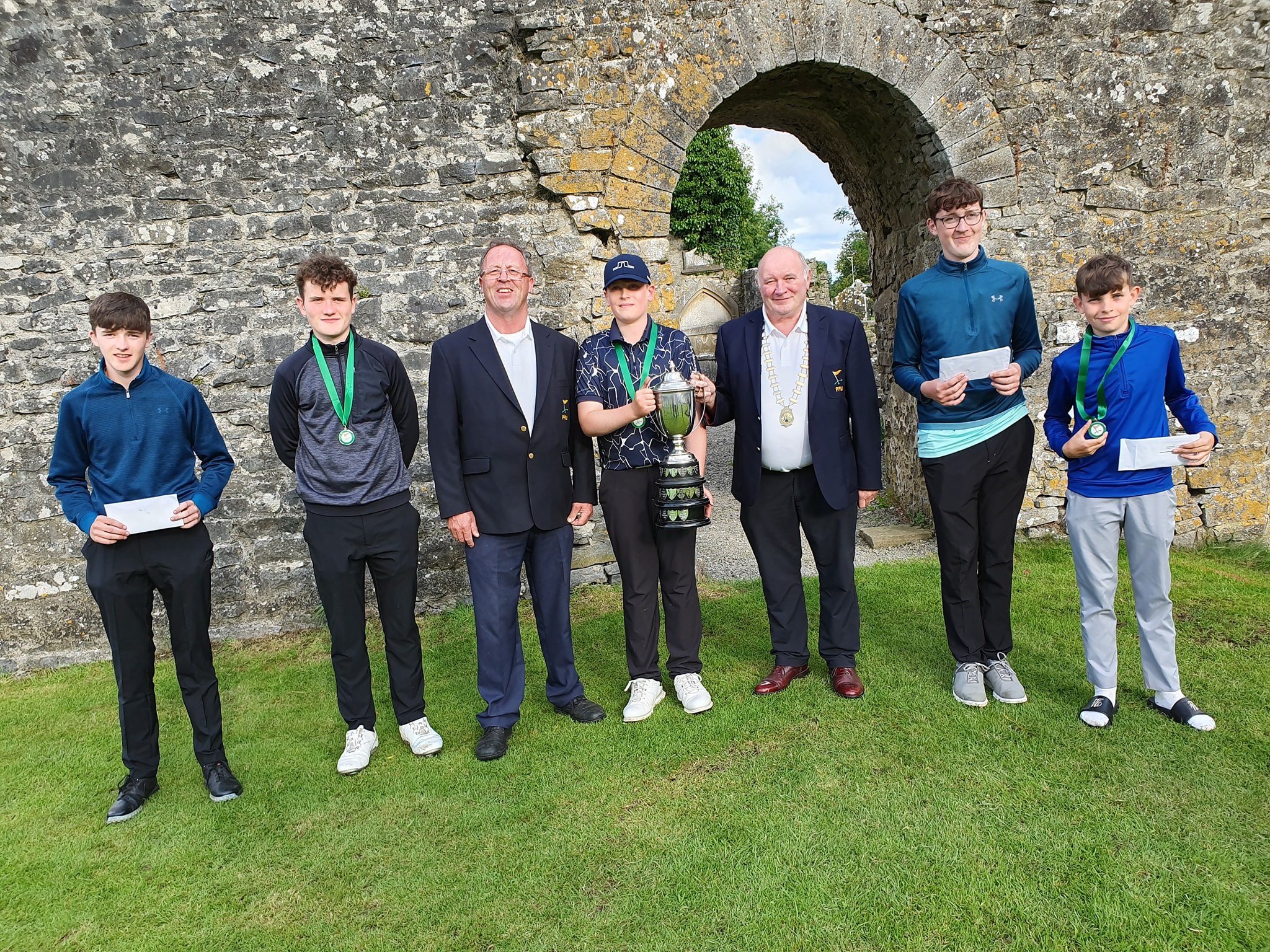 This weekend sees a condensed National Youth Championships weekend host four competitions in Deerpark this Saturday as both the U20 event and the U16 Inter-County competition make their long awaited return for the first time since 2019. Communications & Press Officer Jason O’Connor takes a look at the field in all four events.

The Keohane Cup battle returns this year as some prominent names from recent U16 years return for another shot at underage success. 2020 National Junior Gents Strokeplay Champion Jake Shine from Listowel is the most prominent name among the field as there are a number of fellow National U16 Inter-County winners with Kerry like Jake amongst the entries. Robbie Harnett from Saturday’s hosts played alongside Jake in the 2019 winning Kerry side after recently finishing third in the 2022 National Junior in Ringcommons.

Robbie was 2021 National U16 Runner-Up as his 2018 Inter-County winning Kerry team-mates Fintan Martin (2020 National U16 runner-up) and Erin Moloney are also entered for Saturday. Ralph Fitzgerald of Ardnacrusha recently featured on the Limerick Junior team that won their grade at the Munster Inter-Counties in Cunnigar while his club-mate Patrick Mitchell won the National U16 Boys title in Glenville as a St Annes player. St Annes’ Cian Murphy is a former Munster U16 Matchplay winner as Collinstown’s Jack Buckley is a former National Plate Matchplay winner from 2018 in Kilbeggan.

Mark O’Regan of Tralee is a former two time semi-finalist in the Plate itself as Collins’ David Murray reached the Plate final when the National U16 Matchplay was at Deerpark itself back in 2019. Cathal Kelly of Deerpark reached the semi-finals of the National Matchplay Championship in 2020 as it will be interesting to see how these players handle things now that they are all fully in the adult ranks.

There are 42 entries for the Eugene McCarthy Cup battle on Saturday as Mark Cadden will be aiming for a third National Boys Strokeplay Cup in successive years. It began with winning the Helen McMorrow Cup in Athgarvan in 2020 and continued by winning the U16 title by two strokes in Lakeside last year. He won the older age category at the Leinster Boys Strokeplay in Seapoint recently after reaching the quarter-finals of the National Matchplay in Ryston as he plays with Colin Looney from the hosts and Ryston’s Sean Byrne in the second half of the field.

The first three-ball to tee off in the event is an interesting one as National Matchplay winner Joe Franklin of Hillview plays with two time National Boys U13 Strokeplay Cup winner Brian McCarthy from the hosts along with Munster Boys Championship runner-up Jayden Chute of Listowel. The two Kerry players were first and third in the U13’s last year while Joe was third overall in the main category in Lakeside. Jayden’s brother Trevan, who beat him in that Munster Matchplay final plays with Deerpark’s Nathan Cronin (National Plate Matchplay holder) and Hillview’s Jack Duggan.

Nathan very nearly added a Munster Boys Strokeplay title to his summer already but was beaten in a dramatic nine-hole playoff with Adam O’Brien of Lakeside two weeks ago. O’Brien reached the National Matchplay Championship semi-finals in Ryston having won the Plate event in Glenville last year. Leinster U13 Strokeplay winner Jack McShane of Gowran is another recent winner amongst the field as he plays with Deerpark’s JJ O’Donoghue and Riverdale’s Pauric Bergin on Saturday. Third place finisher at that event in Seapoint, Jack Courtney of Ryston is amongst Saturday’s field as he will play with Deerpark’s Dara Wickham and Collinstown’s Billy Buckley.

Ajay Barrett of Listowel was the Munster U16 Plate winner as he was also runner-up in the U13 Boys Strokeplay in the province after a playoff with Joe Franklin. He plays with Ryston’s Adam Byrne and Deerpark’s Ben Kelliher as third place finisher in the Boys 14-15 in Munster, Deerpark’s Noah Sexton, plays with club-mate Ryan Downing and Ryston’s James Keogh on Saturday.

Of course with the change to the Inter-County format the 36 holes of Strokeplay they play will have a double meaning this year.

Seapoint’s Sarah Cooney heads down south to defend the title she won last year. Winning the National Girls Matchplay final in Ryston along with the Leinster Girls Strokeplay title is a massive boost to her in travelling to Killarney.

She is due to tee-off alongside the player she defeated in the Matchplay final, Tralee’s Sophie Moynihan (fourth place finisher last year in Lakeside) and Kilbeggan’s Gemma Cuffe who was a beaten semi-finalist in last year’s Matchplay as well as runner-up to her in the recent Leinster Strokeplay.

Tipperary Hills’ Sarah Ryan was a semi-finalist in Ryston as Collins’ Megan Ahern as fifth last year in Lakeside. Listowel duo Chloe O’Connell and Aoife Sharp along with Kilbeggan’s Pippa Cuffe and Seapoint’s Katie Hall make up the rest of the field in this event.

As already stated a change in format this year means that an inter-county player’s best 18 hole card in the 36 hole Strokeplay counts as their 18 hole card for the Singles as they will play the Scotch Foursomes after the 36 holes of Strokeplay are completed by all players.

It is the first year counties can put in more than two teams too as Kerry and Tipperary will have double representation on that front this Saturday. Kildare and Cork have teams entered as well this weekend as Kerry are seeking three-in-a-row in the first Tommy Murphy Cup battle to take place since 2019.

Their ‘Gold’ team won in Munster ahead of Tipperary’s second team while their ‘Green’ team would claim third place in Cunnigar. Kildare won in Leinster but it will be a tough ask down in the defending champions home turf however.

Stamina could well play a part in deciding the outcome as inter-county players will play 54 holes on Saturday. We shouldn’t discount the possibility of more if there is a playoff needed for any of the Singles titles!

Best wishes and a safe journey to all those heading to Killarney on Saturday. We will have updates throughout the day on our website as well as social media.