Andy Dempsey (Ryston) will become the 34th inductee into Pitch and Putt’s Hall of Fame at Pitch & Putt Ireland’s Convention on Saturday. 2014 inductee John Manning profiles Andy here ahead of Convention in Templemore.

Kildare legend Andy Dempsey took up Pitch and Putt in 1966 and quickly became very proficient at his chosen sport. Andy’s win at Plunkett (Curragh) in the 1970 Leinster Strokeplay was the first of a nap hand of trophies in that championship.

His 47+47= 94 return saw him win the 1973 National Strokeplay Championship at Arden (Tullamore) by two from a couple of Corkmen, Eamon O’Reilly (by then playing out of Portmarnock) and the left-hander John Crowley (Highfield) who was defending the title he had won for the previous two years. Crowley led by one at halfway after an opening 46 but Andy birdied four holes in-a-row from the tenth in a last nine of 23 that secured the Donnelly Cup.

Best Individual Gross had come Andy’s way with a 91 (46+45) in the 1972 Inter-County as Kildare finished as Runners-Up in the team Championship, eight strokes behind Dublin at Ierne.

The 1979 Gents Inter-County Championships were played at what was then known as the Waterford Glass Complex. Waterford won team tournament with a top four out of five aggregate team total of 392 but Best Gross was claimed by Andy on 93. 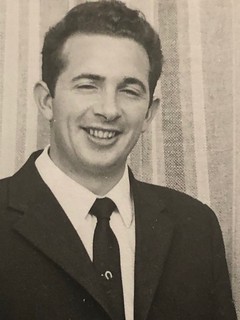 Andy was an Inter-County Winner with Kildare in 1980 at Cement. His 96 was the best score in an overall Short Grass County return of 399, which was one better than runners-up Westmeath. The National Matchplay Finals were at Douglas in June 1973. Padraig Hogan (Catholic Institute) defeated Andy by 7&6 in the June 4th final. He had overcome arch-rival Gus Carolan in the semi-final beforehand.

The Cork superstar Mick Forrest has always acknowledged that Andy was one of his most difficult opponents. Andy overcame Mick in first round sudden death as they showcased Pitch and Putt on TV in RTE’s “Sports Stadium” Talbot Classic. Dempsey then defeated another Cork player Donal Long by two up in the semi-final of that 1983 event before falling by 2&1 to old adversary Gus Carolan in the final.

After another Leinster Strokeplay Championship win on the Curragh at McDonagh in 1974, Andy retained his title a year later at St. Lomans (Mullingar) when he fired 101 (including a second round of 47) to pip R.G.S.C.’s Carolan by a single stroke.

Andy would fashion a brilliant 14 under par 94 to win his fourth Leinster Strokeplay Championship at Seapoint on a wet and windy Sunday in 1977. Andy really spread-eagled the field, winning by five shots from Gerry Rock (Clara) on 99. He then claimed his fifth Leinster crown six years later at Ballymore when his 95 return was two better than Lucan’s George McMahon.

Andy garnered 7½ points out of a possible eight whilst representing Ireland against England in the historic internationals of the 1980s. He was victorious in his four singles matches in 1981/84. Andy and the late great Joe Fitzgerald won three foursome matches while he teamed-up with John O’Leary (Dunlops) to a halved encounter at Coventry in 1984.

At the 2004 Catalan Open in Teia, the evergreen Andy shot 118 to finish sixth in the O-55’s category behind Manuel Mellado (Catalonia) who won on 111. 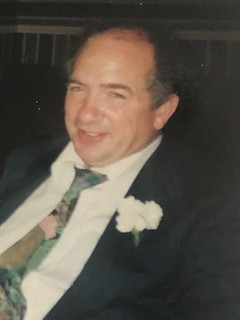 Off the course he was a firm and decisive Club Chairman of Irish Ropes (later Ryston), presiding over many enhancements of course and clubhouse.

He served as Provincial Vice President in 1988 alongside Leinster Council President of the day Aidan O’Brien (Skryne) and fellow Hall of Famers Dick Abraham (who was Treasurer that year) and Annie Galvin (Registrar).

Andy enjoyed a remarkable record in Scratch Cups and top-flight tournaments all over the country. His victories included the likes of Dublin’s Champion of Champions, the Limerick/Clare Masters and the Cork Classic. He triumphed at the inaugural Masters in 1975, winning the Lyons Tea Trophy byshooting 204 for 72 holes over the Ardnacrusha, Catholic Institute and Parteen courses. Dempsey regained the trophy in 1980 when his 207 aggregate proved one better than Cork players Noel Fitzgerald and Mick Forrest.

Andy, whose sisters Rose, Mary, Alice and Babs all played Pitch and Putt to a high level, was also an accomplished table tennis player in his younger days.

Congratulations to Andy on becoming the third Pitch and Putt Ireland Hall of Fame winner to represent a Kildare club.