All roads lead to the Seapoint Pitch & Putt club in Termonfeckin, Co Louth next Tuesday 28th August 2018 for the seventh staging of the International Challenge between Ireland and Catalonia. Last staged in 2014 at the Llortet Papalus course in Catalonia, this year’s new format sees Ireland and Catalonia face off in both a Ladies match and U-16 match for the first time.

The format for the competition will be Matchplay with 18 holes Scotch Foursomes and 18 Hole Singles in each of the two competitions. This revised format and teams is an excellent opportunity for everyone to come out to support and see many of the best Irish Ladies and U-16 Pitch & Putt players in action at the excellent Seapoint course.

The International commences at 10am sharp next Tuesday and we encourage as many people as possible to come out and support our Irish Ladies and U16 teams as they take on the strong challenge from Catalonia on Irish soil.

Ahead of the International Challenge Declan Sheedy profiles each of the players selected to represent their country next Tuesday: 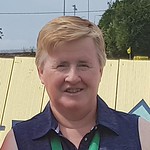 Geraldine needs little introduction as her records speak for themselves. With 22 Senior National Ladies titles (12 Matchplay & 10 Strokeplay), Geraldine is the most successful Irish Ladies Pitch & Putt player in the history of the game. In addition to her National Individual titles, Geraldine’s has multiple individual provincial titles along with National and Provincial Inter-County honors with Dublin. 2018 will be the eighth time Geraldine has represented Ireland and fourth time in the Ireland vs. Catalonia series having previously played on the Irish teams against Catalonia in 2000, 2008 and 2011. 2018 is proving a very successful year for Geraldine so far having won the 2018 Senior Ladies National Strokeplay and Matchplay titles along with winning the 2018 Senior Leinster Strokeplay and Leinster Senior Inter-County Championships with Dublin. Geraldine brings a huge amount of experience to the Irish team as she captains the team at Seapoint. 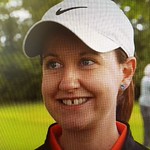 A member of the very successful Pitch & Putt Byrne family from Kilcullen in Kildare Chrissie represents Ireland having already achieved great success in the Ladies game. With two World Strokeplay titles, eight Senior National Ladies titles (five Matchplay & three Strokeplay) and multiple Leinster Senior titles at both individual, club and county level Chrissie is one of the most decorated Ladies players in the game. In addition to her National Individual titles Chrissie has won National titles at all the major National Championships including National Inter-County wins with Kildare, the National Mixed Foursomes title, the National Mixed Team title and the National Ladies Interclub title. Chrissie is also a two-time winner of the Ladies Irish Open title. While this is Chrissie’s first time playing for Ireland against Catalonia, Chrissie has worn the green jersey with pride on five separate occasions including Irish World and European Championship teams between 2003 and 2007. Chrissie will no doubt relish the challenge and opportunity to represent her country. 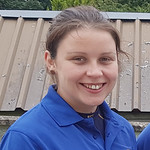 2008 National Girls Strokeplay Champion Martha makes her second appearance for her country having represented Ireland in the last Ireland vs. Catalonia match held in Llortet Papalus in 2014. Martha is no stranger to success in the game having risen through the U-16 and Girls ranks from winning the National Girls title in 2008 to being part of the Tipperary Ladies Inter-County team which claimed the National Inter-County title in Hillview 2013 during which Martha shot a stunning final round of nine under par for 18 holes. A winner of multiple county titles across all grades and regular member of the Tipperary Inter-County team, Martha has established herself as one of the top Senior Ladies players in Ireland over the last number of years and is a name that regularly features at the top end of the leaderboard in National and Provincial championships. Like Chrissie, Martha comes from a family with long standing success and interest in the game and is an excellent player to have representing the team and country. 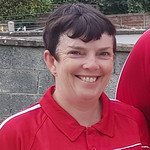 Mary makes her International debut for Ireland in Seapoint but is no stranger to the International games as Mary is a regular player in the International Opens over the last number of years including a win at the Ladies British Open in 2016. In recent years Mary has won the National Ladies Intermediate Strokeplay and 0-55's titles in 2016 plus the Munster Senior Ladies Strokeplay title in Lakeside this year and has established herself as one of the top lady players in the country. The above successes are in addition to Mary’s success at club and county level where she has claimed many of the top honors. Mary is an excellent supporter of the game across the country and comes into the team off the back of an already very successful 2018 season where she will relish the challenge and honor of seeking to add an Irish International medal to her growing collection. 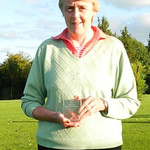 It is impossible to talk about the greats of the Ladies’ game without the name of Margaret Hogan being at the top of that list. From the Tullamore club in Offaly Margaret is the holder of nine Senior National titles (five Matchplays and four Strokeplays). Incredibly Margaret has won one of these National Senior titles in each of the last five decades and remains one of the top Ladies’ players in the game today. In addition, Margaret claimed the National Ladies Seniors title in 2014 and over her playing career has won multiple other county and provincial titles not to mention her success in scratch cups all over the country. Margaret has previously represented Irish teams in three European Ladies Team Championships in 2003, 2005 and 2007. Margaret is a very popular player on the Pitch & Putt circuit and with her knowledge and experience of the game will be invaluable to the team on the day. 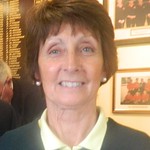 Noeleen is a very popular and well-travelled player on the Open circuit playing in Scotch Foursomes around the country with her husband Michael. Noeleen is earning her first cap for Ireland next week on her home course of Seapoint and is coming into the Irish Open and International Challenge against Catalonia in tremendous form having won the Castletown Ladies Scratch Cup last Sunday with a fantastic score of 105. A regular member on the Louth Inter-County team, Noeleen is no stranger to contributing in team events, recently picking up a bronze medal in the Leinster Inter-County Championship in Lucan. Noeleen’s knowledge and experience of the tricky Seapoint conditions will no doubt bring extensive value to the strong Irish challenge this weekend. 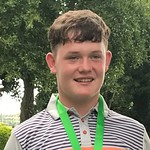 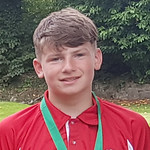 A 2016 U-16 National and Munster Matchplay Champion earns his Irish jersey after yet another great year featuring at the top end of the major U-16 Championsips, including Runner-Up in the Munster Matchplay, Semi-Finalist in the National Matchplay. Glenn also claimed a Runners-Up medal with Cork at the recent 2018 U-16 Inter-County Championship. A prize winner at multiple other U-16 events at club, county, provincial and national level over the last number of years Glenn will bring great experience from the big occasions to the team. Glenn represents St Annes, his club and his county of Cork with pride next week in Seapoint as he puts on the Irish jersey. 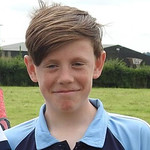 2017 U-16 Leinster Matchplay Winner and 2018 U-16 Leinster Matchplay Runner-Up Dylan earns his call-up following another great year of performances from the young man from Wexford. Dylan like his team-mates has been a consistent name featuring this year at all the major Championship and the experience gained from these events will no doubt be invaluable in Seapoint for all the team. From the St Patricks club in Enniscorthy Dylan will fly the flag for club, county and country with honor. 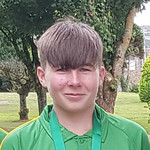 2018 U-16 Munster Plate Matchplay and 2017 Munster U-13 Strokeplay winner, Cillian represents his club Deerpark and his county Kerry in Seapoint as he earns his first International cap. From the very successful Killarney club which boasts a great pool of Juvenile talent, Cillian recently captained the Kerry U-16 Inter-County team to the National Inter-County title in Fermoy which saw Cillian himself shoot a round of eight under for 18 holes in the Singles on their way to victory. Cillian is no stranger to top level competition across the U-16 scene and will relish the challenge in Seapoint. 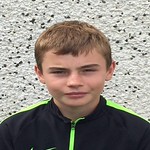 The host club Seapoint is represented on the Irish team by one of their many U-16 stars, Luke Murphy. Luke who had a Top Three finish in the 2018 Leinster Strokeplay Championship brings invaluable knowledge and experience of the tricky Seapoint course to the Irish team as they take on the Catalan challenge. He is one of the club’s top juveniles and will no doubt have large support from his club and county as he flies the flag for both in putting on the Irish jersey on his home course. 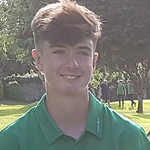 Reigning 2018 U-16 Munster Strokeplay Champion, Patrick will put of the green jersey of Ireland next week as he steps forward to represent his club Parteen and this county Limerick. Following a quiet number of years for juveniles in Limerick, Patrick and his club-mate Shea Fennell are leading the revival of the game in the Treaty County over the last number of year with great success on the Provincial and National circuit. Like all the Irish team, Patrick is someone who has been featuring at the top end of the leaderboards in recent years and brings great experience and scoring into the International Challenge. With celebrations still on going in Limerick since the All-Ireland hurling win, Patrick will without doubt represent his club, county and country proudly and aim to claim another major victory in Seapoint next week to add to the celebrations.