In the first part of our Review of the Year, John Manning looks at the significance of this year’s results in the National Matchplay Championships as well as the Senior Gents and Senior Ladies National Strokeplay Championships.

LEINSTER players broke the stranglehold of their southern counterparts in the National Gents Individual championships, for 2017 at least. John Ross Crangle’s overdue National Matchplay success and Mark Millar’s return to the national zenith, this time in the Strokeplay, mean that both trophies reside in Leinster for the first time since 2003. 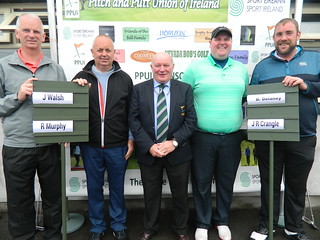 JR also became the first National Gents Matchplay Champion from Dublin since 2003, by beating Ray Murphy 3&2 in the Tipperary Hills final. A three-time National Championship runner-up he is the first Loughlinstown player to win the National Gents Matchplay championship and the 13th winner to represent a Dublin club. Ray Murphy contested his eighth National Matchplay final in June. His only previous defeat in a final was against Darren Collins in 2005 and thus became the ninth multiple losing finalist in National Matchplay Championship history. 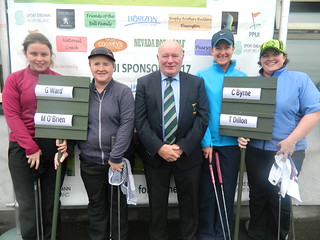 Ger Ward meanwhile has now achieved the National Ladies Matchplay/Strokeplay double on three occasions, one less than Clare Keating.  However, the Portmarnock legend’s inexorable march beyond her Cork rival of a past generation continues in all other aspects. Ger wrapped up her 11th National Matchplay championship success with a 2&1 final victory over Chrissie Byrne (Ryston) at Tipperary Hills.

After what was the third final between the pair, Ger's 33-year (1984-2017) gap between her first and most recent win in the Matchplay lengthens her existing record. Chrissie Byrne has now been National Ladies Matchplay runner-up on three occasions, the same mark as her sister Marian and Tara Dillon. 2017 represented the 14th time that the National Ladies Matchplay has been retained by the holder. 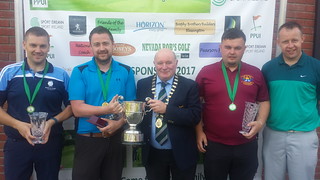 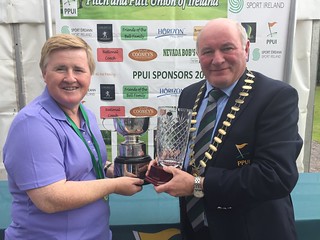 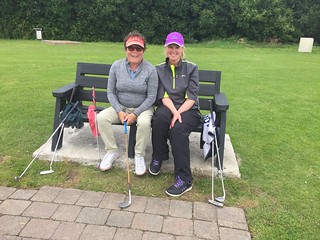 Come Convention meanwhile Ger Ward will receive the PPUI National Ladies No 1 ranked Player of the Year award for the 10th time.  John Walsh has now won the Gents equivalent on eight occasions.

Tomorrow: We look further into a long and busy month of action in July