ONE of the final PPUI events for 2017 takes place in Hillview, Clonmel tomorrow with the staging of the 2017 Inter-Club Finals for the Scratch & Handicap Gents grades. Communications & Press Officer Jason O’Connor takes a closer look at proceedings in this preview. 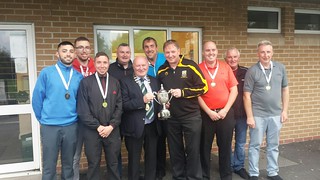 A small field of six entered this event with the four teams to come through qualifying last month in St Bridgets including St Annes, Fermoy, St Patricks and Tipperary Hills. St Annes won the inaugural two years of this event in 2013 and 2014 and were in the Final last year before losing out to Fermoy in last year’s Final in Kilcullen. They topped the Strokeplay qualifying for proceedings and have a strong line-up featuring Ray Murphy, Frank Dineen, Darren Collins, Kieran Dunscombe, Donal Duggan, John O’Sullivan, David Doyle and Ryan Towler to choose from in their pairings for tomorrow.

Tipperary Hills will be their opponents in the Semi-Finals with James Ryan, Pat Martin, Anthony Culhane, Michael Kennedy, DJ Lynch, John Paul Mullally, Sean Cummins & Robert O’Donnell amongst their squad. Fermoy will be defending their title tomorrow with another pretty strong line-up comprising of John Cahill, Bryan Delaney, Declan Freeman, Daniel Keohane, David Sexton, Noel Collins, Wayne Galvin and Conor Clancy as they meet the 2015 winners St Patricks of Enniscorthy in the other Semi-Final. St Pats have a strong family mix to their line-up, three Donohoes in the form of Dayle, Graham and Maurice with two Grannells in Dean and Richard along with John and William Hudson while Ruairi Fortune makes up their panel for tomorrow’s play.

Following the Semi-Finals the Final will take place in the afternoon and with the switch from Strokeplay to Matchplay for all teams tomorrow it will bring up its own surprises. 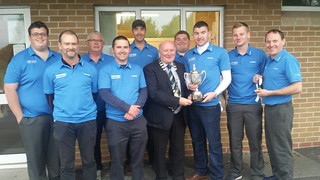 Different to the Scratch Gents the Handicap Section has already seen a bit of Matchplay in the form of last weekend’s Quarter-Finals with Deerpark taking on Riverdale in the first match and Gowran 1 of Kilkenny down to play Fermoy in the other Semi-Final. This is the Killarney club’s third time here at the Semi-Final stage since the competition’s inception. They won their Semi-Finals in 2013 and 2016 but have yet to triumph in the Final with their path to the 2017 Finals Day seeing them finish sixth in the Strokeplay Qualifying before defeating Lakeside in dramatic circumstances in Parteen last week.

A Hole-in-One at the first tie-hole for James Fleming & his playing partner Lee O’Callaghan gave them a 5-4 win over the Templemore club as Gearoid Cronin, Kieran Fitzpatrick, Michael Foley, Lorcan Martin, Brian Moloney and Darragh O’Callaghan make up the their squad. Riverdale where the last side to make it through the Strokeplay qualifying in Larkspur Park but would beat the side that finished first that day in Collins last weekend in the Quarter-Finals. Dean Courtney, Brian Fagan, Seamus Gleeson, Brian & Victor Long, John & Sean Minogue along with Gerald Tuite make up the Nenagh club’s squad as they had a 6-3 victory over the Cork side.

Like St Patricks in the Scratch, Gowran of Kilkenny are the only Leinster side left in Semi-Finals of this grade as after finishing third in the Strokeplay Qualifier they had a 6-3 win over Hillview last Saturday in Parteen. James & Nicholas Brennan, Derek Delaney, Dick Dreeling, Michael Kehoe, Kevin Knox, Christy Purcell and Derek Whelan make up the Kilkenny club’s panel as their opponents Fermoy won the first Semi-Final played two weeks ago against St Annes by 6.5-2.5. The Cork club had finished fourth in the Strokeplay Qualifying with Michael Cahill, Keith Flynn, Robbie & Stephen Donovan, Gerald O’Brien, Peter O’Donovan, Jimmy Quinn and JJ Quirke making up their eight for this grade.

Holes where shots are on will play an advantage tomorrow in all the matches in this grade and might well play a factor in determining the eventual winner.

The Ladies competition comprising two teams from Lakeside as well as teams from Riverdale and Ryston will not take place tomorrow as scheduled and alternatively will be held in Tullamore on the October Bank Holiday Monday October 30th now.

Best wishes to all eight teams in both Gents competitions tomorrow. Updates will be available throughout the day on the progression of proceedings here on the website.