59 U-16’s are entered for this Saturday’s National U-16 Strokeplay Championships in Royal Meath. Communications & Press Officer Jason O’Connor takes a closer look at the field ahead of events in Clonee. 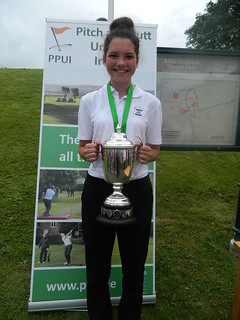 LUCAN’S Aoife Mahon returns to defend the title she won last year in Tipperary Hills as last year’s runner-up Sive Shelley of Lakeside is also entered. Aoife had an 11 shot winning margin last year and she recently retained her Leinster title in The Acres. Aoife’s sister Sarah and Bellewstown’s Katie Rose Heeney are the other two players entered to take part on Saturday. 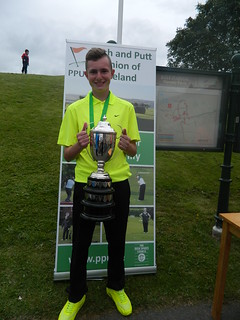 55 Boys will take part in the battle for the Eugene McCarthy Cup with a new winner guaranteed this year following Ryan Towler’s graduation to the adult ranks. Last year’s runner-up in Sean Courtney from Deerpark has also moved on from the U-16 ranks with both Ryan and Sean’s younger brothers in Glenn (Towler) and Cillian (Courtney) not only entered this weekend but already after having contested this year’s Munster U-16 Matchplay Final against each other. Glenn was victorious on the day in Deerpark and a follow-up success in winning the Boys 10-13 Munster Strokeplay in Tramore sees him enter this weekend with a degree of confidence.

Last year’s third place finisher in Iain Aherne from Ballinlough is one to look out for this weekend after having won the Boys 14-15 title in Munster last Saturday he enters this weekend off the back of Cork’s win in the Inter-County event last Sunday as well. The winner of the 10-13 prize in Tipp Hills last year in Larkspur Park’s Adam Buckley is also entered this weekend alongside club-mates Sean O’Neill and James O’Sullivan as Lakeside’s Conor Keating is the other Tipperary player entered for this Saturday. Looking at the Leinster entries Gaeil Colmcille’s Seanie Bellew and Castletown’s Evan Carry enter off the back of some prizes in the recent Leinster events. Evan retained the Leinster Matchplay title in Navan while Seanie finished ahead of Evan in claiming second place in the Boys 14-15 grade at the Leinster Strokeplay in The Acres.

Bellewstown’s Sean Clerkin is the other Meath entry for Saturday with Tullamore duo Daniel and Michael Fox entered following the drama of their playoff in The Acres for the Boys 10-13 title. Daniel needed a hole-in-one at the last hole to win and with Offaly’s win in the Inter-County event the following day; these are good times at present for the U-16 grade in the Faithful County. Kilbeggan’s Padraig Carton was third in that section in The Acres and he enters this weekend alongside three club-mates in the form of Dylan Carton, Conor and Jack Mullins. Fellow Westmeath club Collinstown also have four entries in the form of Brian and Damian Bray along with Jack Buckley and Nicholas Isdell. Diarmuid Woods completes a Tullamore representation of three meanwhile.

Old County of Dublin and St Annes of Cork are other clubs to have four entries each. For the former they are represented by Lennon Blake, Darragh Cullen, Craig Hennessy and Adam Power while St Annes have Conor Bowdren, Cian Murphy and Rhys Sheehan alongside the aforementioned Towler. Portmarnock duo James Morris and Joshua Tighe bring Dublin’s representation up to six with Kevin Dullea of Raffeen Creek, Eoin Keating of Douglas and Kieran Mills of Collins making Cork’s total number of entries at eight for Saturday. Seapoint of Louth have seven namely Conor and Eoin Brennan, Hugh McClean, Oisin Mulryne, Eoin and Luke Murphy along with Josh Murtagh.

Play will be over 36 holes on Saturday with any tie for the title requiring a nine hole playoff afterwards to settle the outcome.

Tomorrow: We look ahead to Sunday’s Inter-County event in Clonee.