A BIT earlier than it usually is on the calendar, the National Seniors Championships take place this weekend in Fermoy with the Ladies on Saturday followed by the Gents on Sunday. Communications and Press Officer Jason O’Connor looks ahead to the weekend by first looking at Saturday’s Ladies events. 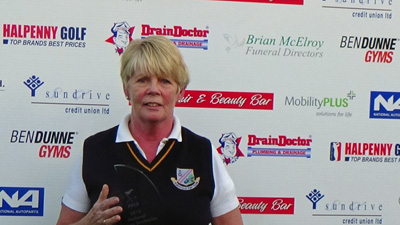 34 are entered for this grade with all bar eight of the field coming from Munster clubs. Hosts Fermoy have five entries namely Terry Cleary, Mary Duggan, Caroline O’Flaherty, Beth Power and Noreen Ryan with Dungarvan club Cunnigar having the most entries in the field with a total of 10. The third place finisher at the recent Munster Junior Strokeplay in Hillview, Marie Forde, is amongst those entries as is the winner of that particular event, Margaret O’Donovan from Bruff. The runner-up from the Leinster Junior Strokeplay in Rochfortbridge is also entered for Saturday with Ann Minogue from Ferbane looking to go one better this time.

The seven other Leinster entries for the event include Ann’s Ferbane club-mate in Eileen McCabe, Prosperous duo Marian McCormack and Sheila Casey, St Bridgets duo Breda Brophy and Dina Dillon along with Bellewstown’s Marie Brennan, Kilbeggan’s Ann Clarke and Stackallen’s Margaret Muldoon. Cunnigar’s Breda O’Donnell is the only former winner of the event amongst the field having won in Cement back in 2011 as there are six entries from Tipperary clubs. These include Lakeside trio Josie McCormack, Helen McMorrow and Lily O’Brien with the latter having finished second when the National Junior Strokeplay was held at Saturday’s venue two years ago. Hillview have two entries in Breda Howell and Nora Whelan while Riverdale’s Catherine Dunne is also entered.

Alongside the Fermoy entries, Ballinlough’s Jo Gayner and Maureen O’Connor along with Collins’ Nuala McNamara complete the entries from the host county with eight. 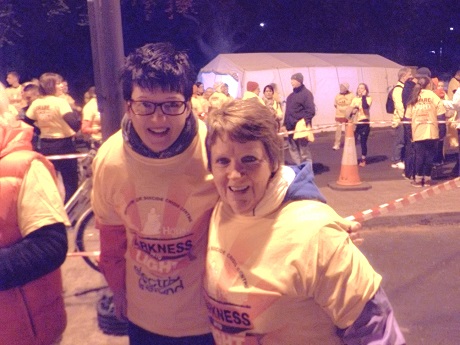 28 are entered for this grade with the entry split a bit more even between the two provinces at 16 from Munster and 12 from Leinster. Last year’s winner from her native course, Agnes Redmond from Old County, returns to defend her title with club-mates Dolores Mason and Vera Glennon also making the trip down south. Agnes is one of six former winners entered for the competition with two time winner Mary Sherry, Esther Martin, Bernie Dunne, Kathleen Shanley and Margaret Clear the others to have won this grade since it was inaugurated back in 2004. Kathleen Shanley just missed out on winning the recent Munster Intermediate Strokeplay on her home course of Hillview, beaten after a nine hole playoff with Rocklodge’s Mary Murray who enters this event for the first time on Saturday.

Mary Sherry was runner-up in the Leinster equivalent in Rochfortbridge with Shandon’s Mary Fullam a former National Junior Ladies Strokeplay Champion. Hillview’s Margaret Forde and Kilbeggan’s Veronica Clarke are former winners of the Junior Events in the Seniors ranks while Geraldine Ryan of Ferbane is a former winner of the PJ Bell Mixed Team event. Like the Junior grade the host club have five entries this weekend namely Jean Clancy, Kathleen Lee, Nell McCarthy, Bridget Noonan and Geraldine O’Keeney with Collins duo Phil Downey and Rose O’Connor along with Lakewood’s Gretchen Ahern completing the host county entry of nine players.

16 players will bid for the 2016 title with six former winners amongst the field. Portmarnock’s Sheelagh Elmes has dominated this event since its inception more than a decade ago and she bids for a fifth title in total and a first since this event was last held in Cork at Collins back in 2012. The field is getting more competitive though, Margaret Hogan winning on her first year eligible in 2014 at Gaeil Colmcille and another new player on the eligibility stakes who is sure to have a big impact on Saturday is former National Matchplay and Strokeplay winner, Breda Lonergan of Tipperary Hills.

Breda just missed out on retaining the Munster Senior Strokeplay title in Hillview three weeks ago (Eleanor Walsh the victor) but considering she won the 2015 provincial event at Saturday’s venue, she will feel confident about her chances of success. RGSC’s Ger Holland will enter with confidence too, not just because of her success last year in Old County but also a solid run to the semi-finals of the National Ladies Matchplay in Seapoint recently. Two time winner Mairead O’Toole of Poulaphouca is another entrant  as is the winner of the first of these such events in Clare Road 12 years ago namely, Ryston’s Rose Kelly. 2009 winner in Tullamore Phil Condron completes the list of former winners entered for Saturday with no entry from the host club amongst the field.

Ryston’s Mary Donnelly will be one to look out for having won the National Intermediate Strokeplay in Fermoy two years ago while Skyrne’s Kathleen Geraghty was a National Mixed Foursomes winner herself in the same year at Ringcommons. Maree O’Toole had a good outing around Fermoy two years ago in the National Strokeplay finishing fourth overall while Old County’s Pauline Balfe is the other Dublin entry this Saturday. Collins’ Vera McCarthy and Lakewood’s Patricia Conway fly the flag for Cork in proceedings meanwhile.

Bellewstown’s Marie Black and Cathy Richardson are entered from the Meath club while Collon’s Mary Agnew has arguably the longest journey down of any competitor on Saturday coming down from Louth club.

Tomorrow: We look ahead to Sunday’s Gents Grades.