AFTER Mother Nature intervened and ended proceedings a lot sooner than anyone would have wanted last year in Douglas, let’s hope that all events run their course this year in RGSC. We start our look at the three events this weekend with a look at the Gents B and Ladies competitions in this preview by Communications & Press Officer Jason O’Connor. 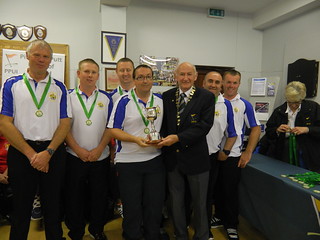 WITH Kilkenny’s unfortunately withdrawal from this year’s event, five counties will compete for the Eamon Birchall Cup in RGSC with the only two winners since its introduction in 2014, Clare and Waterford, paired together. The latter won last year’s curtailed event and enter off the back of a strong showing on home turf in the Munster Inter-County in Tramore where they finished second overall to Cork. John Carroll, Brian Farrell, Sean Hennebry, Eddie Hennessy, Kevin Kirby and Daniel Sullivan will represent the Decies in their quest to retain the title.

Longford had no provincial warm-up this year but enter a team on Sunday featuring Anthony, Richard and Roy Burke along with Declan Comiskey, Noel Snr as well as Noel Jnr Comiskey. They will be mixed into different groupings with Carlow and Monaghan. With the new timesheet this will be the last event to get underway at 2.45pm on Saturday while on Sunday it will be the first event to start play at 8am in the morning. 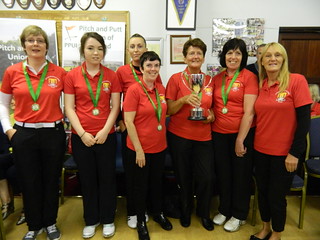 TWO-THIRDS of the competition had been played before last year’s early finish with seven counties competing for the Ladies title this year. Home advantage shone through for Cork last year with their win creating an interesting pairing with Dublin on this occasion. The Rebelettes are represented this year by Una Brosnan, Sarah Byrne, National Intermediate Strokeplay Champion Mary Murray, Paula Nolan, Siobhan Scannell and National Matchplay Runner-Up Eleanor Walsh as they aim for a successful defence of the title. The host county will hope that home advantage tells true for them again like it did the last time the event was held on a Dublin course like it was in Portmarnock back in 2011.

Having three members of the team from the host club in Glenda Hoey, Ger Holland and Siobhan Keely should be of benefit to them alongside National Matchplay Champion Ger Ward, Sheelagh Elmes and Maree O’Toole. After losing their Leinster title to Kildare last month, the Dubs will want to do better on home turf especially after finishing third behind Cork and Kildare in Douglas last year. The Lilywhites will be strong as ever in their bid to win back the title they won in Tullamore two years ago and they make one change from the side that triumphed on home turf last month in the Leinsters. Betty Smyth replaces Lily Slattery with Chrissie Byrne, Marian Courtney, Tara Dillon, Rose Kelly and Mairead O’Toole still in situ.

The Ladies will provide us with the first result of the weekend on Sunday as 36 holes of Scotch Foursomes on Saturday is followed by 18 holes of Singles on Sunday over the 54 hole distance.

Tomorrow: We preview the battle for the Anchor Cup in the Gents A Division