ON Saturday a combined total of 114 players (63 Intermediates and 51 Juniors) will compete for the two titles on offer in Tullamore at the National Gents Strokeplay Championships. Communications & Press Officer Jason O’Connor takes a closer look at the field for both events. 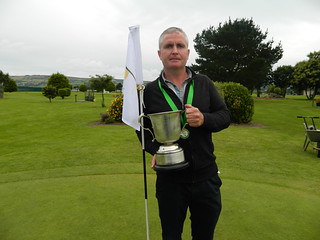 51 players bid to succeed Cunnigar’s Paul O’Riordan as Champion in the grade with Tipperary Hills’ Stephen Cavanagh Jnr getting the weekend officially underway at 8.30am on Saturday morning with the first tee-shot in anger of the weekend. Hopes of a home success rest on the shoulders of four players with Seamus Hollernan teeing off in the first three-ball with Granard’s Anthony Burke the third player in the first group. The aptly named Shane Lowry follows in the second three ball alongside another Offaly player in Erry’s Matthew King and Collins’ Sean Miller. Ashley Lowry will be the next of the Tullamore contingent out alongside Ryston’s John Kennedy and Cunnigar’s Paddy Noonan.

John Connolly follows two groups later alongside Old County’s Ross O’Reilly and Kilbeggan’s David O’Donoghue as the recent Leinster Junior Strokeplay Champion from Collinstown in Martin Russell of St Bridgets is in action on Saturday. He tees off with Deerpark’s Hugh O’Sullivan and Hillview’s Jason Cunningham. The aforementioned Anthony Burke and Ross O’Reilly were second and third in the Leinster to Russell while Damian Middleton who missed out on a medal on countback competes this weekend, teeing off with Bruff’s Joseph O’Riordan and Old County’s Conor Walsh. From the Munster event in St Annes only the runner-up is amongst the field in Parteen’s Conor Fahy as he tees off in the penultimate group with Cement’s Colin Campbell and Deerpark’s John O’Brien.

Fahy did win the Munster Matchplay in Lakeside back in May however and the player he defeated in that decider, Anthony Maher of Lakeside, is here also, teeing off in an all Munster three-ball with another Tipperary player in Riverdale’s Jim Molloy and Parteen’s Ger Keogh. The Leinster Matchplay Champion from Bellewstown tees off as well this weekend as St Patricks’ Glenn Fortune tees off in the third grouping alongside Bruff’s PJ Ryan and Cunnigar’s Gerald O’Brien. The two beaten semi-finalists from that grade in McDonagh’s Emmet Doran and Gaeil Colmcille’s Liam Farrell also tee off this weekend, in the same group at that, alongside Tralee’s Roger Guthrie.

In total there are 14 different counties represented in the field, Kevin Knox from Gowran representing Kilkenny as he tees off alongside Tralee’s Padraig Hobbert and Tipperary Hills’ Charlie Compton. St Patricks with three have the most representatives of any club outside the host’s four. William Hudson Snr tees off with Erry’s Stephen Redmond and Bellewstown’s Eamonn O’Rourke. Michael Molloy tees off with Erry’s Mick Feehan and Castleisland’s Timmy Looney in completing the Enniscorthy club’s representation on Saturday.

While the spilt of players entered might favour Leinster more at 30 to 21, the challenge from Munster should still be strong as we wait to see what the make-up of the Top 12 for the Final 18 playoff will be. Nine under was the winning score after 54 Holes when the event was last hosted here back in 2008, it will be interesting to what 2016’s winning score will be when it’s all said and done. 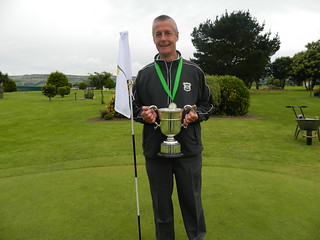 63 will attempt to succeed Lucan’s Damien Creevy as 2016 winner with a novel feature of the field being the presence of a former winner in St Bridgets’ Owen Farrell who was successful in Stackallen only two shorts years ago after a marathon 64 holes to decider the winner. The player he defeated that day, Deerpark’s Creagh Courtney (former National U-16 Champion) hopes to make amends on Saturday and both are out in subsequent groups to each other. Farrell will tee off with Tipperary Hills’ John Paul Mullally and Raffeen Cree’s Ger O’Sullivan while Creagh will tee-off with Trim’s David Campbell and Douglas’ Conor Irwin. The third place finisher from 2014 in Stackallen in Inniskeen’s Michael Vaughan will be here as well in another throwback to that event as he tees-off with Ryston’s Sean Kearney and Castleisland’s Aidan O’Connor in the second three ball to tee-off. Most of the attention will be on National Matchplay Runner-Up from Seapoint however in Dayle Donohoe of St Patricks as he looks for some Strokeplay honours.

He missed out on the Top Three in the Leinsters in Collinstown but will want to do much better here as he tees off with Mellows’ Frank O’Neill and Listowel’s Richard Bunyan. Dayle’s St Patricks club-mate Kevin Doyle finished third in the recent Leinsters at Collinstown and he tees off with the recent winner of the National Seniors Intermediate title in Fermoy, Charlie Egan of Erins Isle, on Saturday looking for a unique double in a calendar year. Collins’ Frank O’Brien completes this three ball meanwhile. Returning to last year’s event in Cunnigar and Douglas’ Cian Morrison is hoping to go one better than his runners-up finish of last year as he tees-off with former National U-16 Champion Charlie Morrissey of Raffeen Creek and Tullamore’s Liam Huson in the penultimate group. Huson is one of four Tullamore players competing in the grade on Sunday with two of them already having featured prominently in the Leinster Matchplay and Strokeplay already this year.

Jamie Hogan was a most convincing winner of the Leinster Intermediate Matchplay at Bellewstown as he won the Final by 11&10 but Strokeplay is a different matter with Old County’s Stephen Keating and David Cassidy of Ferbane his playing partners on Saturday. Patrick Murphy meanwhile was second in the Leinster Intermediate Strokeplay in Collinstown and he missed out on success by a single stroke on the day. Paddy Kelly will be the other player hoping to replicate Keith O’Connor’s victory in this grade when the event was also held here back in 2003. He tees off with Parteen’s Alan Bennis (former National Junior winner) and Loughlinstown’s Don McCormack. Another former National Junior winner tees-off in the final grouping in Lakeside’s Brian Cahill as he has both Fermoy’s Phillip Williams and Castleisland’s James Dignam as playing partners in the final of the 21 groupings on Saturday afternoon.

Another unique feature of this field is that there is none of the Top Three from the Munster event in St Annes last month taking part this weekend although the 2014 winner of that event in Martin Freaney is here as he tees off with Granard’s Richard Burke and Fermoy’s Darren Duffy. Burke of course was the runner-up in the Junior event in Cunnigar last year, losing out to Cunnigar’s Paul O’Riordan after a nine-hole playoff. Last year’s double Leinster Junior Matchplay and Strokeplay Champion McDonagh’s Anthony Ryan takes part this weekend as he will tee-off with Douglas’ Colin Sheehan and Paul Cooney of Seapoint. Last year’s Munster U-16 Matchplay winner in Majestic’s Edward Walsh is also amongst the field as he tees off with Custume’s Willie Prendergast and Stackallen’s John Troy Jnr.

St Patricks match Tullamore for entries in this grade as Ruairi Fortune tees off with Tralee’s Gavin Carroll and Erry’s John Scully. His club-mate Derek Ryan will tee-off with two Dubliners in CPM’s Derek Healy and Old County’s Paul Griffin. That’s just a sample of what looks to be a very competitive field in the middle grade on Saturday. The Top 12 who will go forward for the Final 18 could be quite the interesting make-up and whether the winning score after 54 holes rivals the winning senior score like it did here back in 2008 will be something to keep an eye on!

Tomorrow: We preview the Seniors on Sunday