THIS weekend sees the Leinster U-16 Inter-County Championships take place at The Acres in Longford with Saturday seeing the Singles events while Sunday sees the Inter-County event. Communications & Press Officer Jason O’Connor takes a look ahead to proceedings. 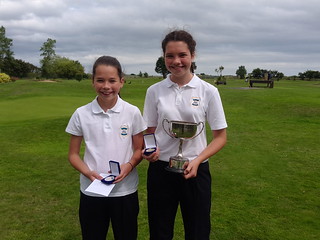 Play will be over a single shotgun start of 36 holes on Saturday for the Boys and Girls events. 25 Boys are entered for the event with Castletown’s Evan Carry looking for a Provincial Matchplay and Strokeplay double are his win in the recent Leinster Matchplay Final in Navan. Evan was the winner of the 10-13 grade in Portmarnock last year as he tees off alongside Kilbeggan’s Conor Mullins and Daniel Reynolds from the host club. Last year’s runner-up in the 14-15 category Craig Hennessy returns in the Old County colours this time as he tees-off with Granard’s Jordan Martin and Evan Tully from the hosts.

Lennon Blake was also the runner-up from the Boys 10-13 grade in Portmarnock last year and he will tee off beside Sean Clerkin from Bellewstown and Diarmuid Woods from Tullamore. Darragh Cullen from Old County completes the Old County and indeed the Dublin representation on Saturday as he tees off with Granard’s Aaron Brady and Kilbeggan’s Kenneth Daly. Sean Farrell is the third player from the host club entered as he will tee-off with another Kilbeggan player in Dylan Carton and Granard’s Ben Martin. The other player from the hosts entered, Ronan McGreal, tees-off alongside last year’s Leinster Matchplay runner-up in Seanie Bellew from Gaeil Colmcille and Collinstown’s Nicholas Isdell. Making up the field are a three ball of Daniel Fox (Tullamore), Jack Buckley (Collinstown) and Jack Mullins (Kilbeggan) and two two-balls of Michael Fox (Tullamore) and Padraig Carton (Kilbeggan) and Coleby Clear (Tullamore).

The Girls competition sees four entries, National Strokeplay Champion Aoife Mahon of Lucan defends her provincial title this weekend against three other competitors namely her sister Sarah and two players from the host club in Katelyn Farrell and Tara Spollen. Ties for either title will see a nine hole playoff to decide the outcome. 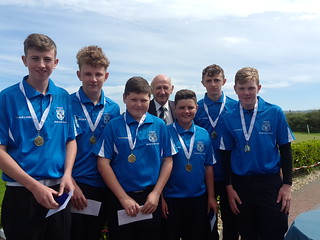 FIVE counties will bid for the title on Sunday with Meath, Offaly, Longford and Westmeath looking to prevent Dublin winning the event for the fourth consecutive year. Offaly, Meath and Westmeath will get the event underway in various pairings for the Scotch Foursomes.

They tee off with Dublin as is the tradition of the defending champions teeing off with the host county. The 36 Holes that will be played will consist of 18 Holes Scotch Foursomes and 18 Singles.

Best Wishes to all concerned in the Acres this weekend. Updates will be available on the PPUI website throughout both days.