In the second of our three part Review of 2016 at National level, John Manning focusses on three consecutive weekends in the month of July but three that did much to crown all of National Strokeplay winners at adult level! 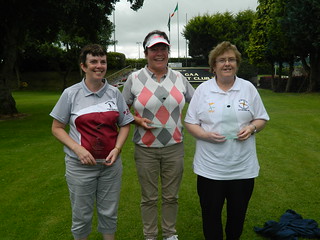 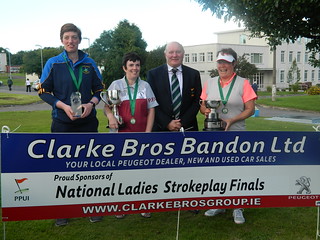 Just a week after their Fermoy heroics, Breda Lonergan and Mary Murray made history by winning the National Ladies Senior Strokeplay and National Ladies Intermediate Strokeplay respectively, becoming the first players to win those titles and the equivalent Over 55 graded championships in the same year. Breda Lonergan’s 153 tally at St. Stephen’s may have been the highest successful aggregate since seven under par made the Lakewood play-off in 2003. However it was good enough for a three shot win from a distinguished group of four players. Marian Byrne Courtney survived that logjam on six under to become the 11th multiple runner-up in National Ladies Strokeplay Championship history. Four of those eleven have not won the title. Ger Ward finished fifth on the countback having qualified yet again for the final round. She has made 16 cuts in a row since 2001. 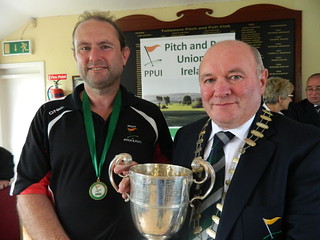 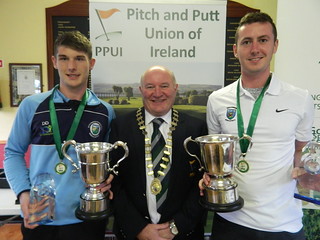 In Tullamore, John Walsh of Collins qualified for the National Strokeplay championship final round for the ninth year in a row. Walsh, who defends his World Strokeplay title in Norway next July, has finished in the top six in the National Strokeplay in each of the three recent Tullamore stagings (fifth in 2003, fourth in 2008 and sixth this year). Dayle Donohoe fired 141 to join Chris Scannell, Donal Long and Darren Collins as National Intermediate Strokeplay champions who were also National Matchplay Runners-Up. Dayle has achieved that in reverse order to the other three and is the first member of St. Patricks to win the National Gents Intermediate Strokeplay Championship. Donohoe is the first player to win the title and be National Matchplay runner-up in the same year.

Tomorrow: We conclude our Review of 2016 by looking at the stats behind the National Inter-County Championships and all other National events held in the past year.