75 pairs are taking part in this Sunday’s Provincial Mixed Foursomes competitions in both Munster and Leinster. Communications and Press Officer Jason O’Connor takes a look ahead to the action in Lakeside and The Acres, Co Longford for what is a format that requires a good deal of patience as well as a bit of luck! 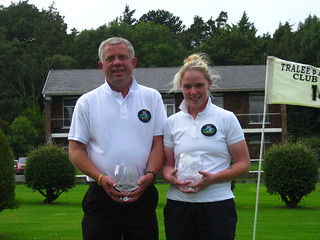 For the second time in three years, the event is held in Templemore with the club’s 50th anniversary celebrations complimented by their second PPUI event this year after the National Matchplay Championships back on the June Weekend. Of the 39 entries, eight are from the hosts with the 2013 winners of this event, Frances Ryan and Martin McCormack teeing off in the first group hoping for success on home turf for a second time. The club’s recent National Intermediate Ladies Strokeplay Champion Mary Quinn is out next with Patrick Quinn while the club’s other winner of the National Intermediate Ladies title Bridget Shelley is paired with Joe O’Connor.

Josie McCormack and Anthony Maher, Elaine Quinn and Michael Fennell, PPUI Patron Myles McMorrow and Helen McMorrow, Martha O’Brien and Alan Maher along with Lily O’Brien and Ronan Loughnane are the other entries from the club for this Sunday’s competition. There are another 14 entries from the host county making well over half the field from Tipperary on Sunday. Defending champions Tony Blake and Lisa O’Connor from Tralee return to defend the title they won in Fermoy last year with Lisa having gone on to finish second in the recent National Junior Ladies Strokeplay in Ringcommons. This year they are joined by another three Tralee pairings in the field with two entries from Deerpark giving Kerry six entries in total on Sunday.

In terms of previous winners, it’s interesting to note that three of the last six winners have come from the Cunnigar club in Dungarvan. Two of the exact pairings are entered for this weekend namely Cáit Mulcahy and Aidan O’Rourke (2009) along with Mary O’Neill and Patsy Hackett (2011) while Stella Kinsella plays with Paul O’Riordan this year having won the event with John Charles back in 2012. In total Cunnigar have seven entries amongst the field on Sunday. There are only four entries from Cork this year in the form of two entries from the Ballinlough club namely Karen and John Aherne along with Paula Nolan and Hugh Cooney while Rocklodge’s Mary Murray and John Tracey along with Collins’ Sarah O’Neill and Finbarr Looney.

The fact it is five years since a Cork pairing won this event should provide them with some motivation on Sunday. 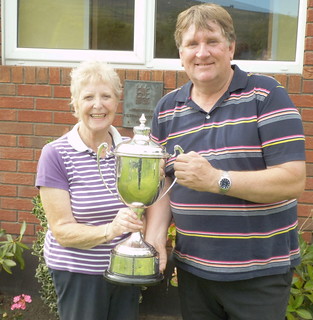 One of the lesser travelled venues on the circuit gets the opportunity to showcase itself on Sunday as The Acres plays host to the 36 teams taking part in the event in Co Longford. Last year’s winners from Old County, Glenville duo Stella Sheridan and Frank Connolly return to defend their title with the 2013 winners (similar to Munster) in the first grouping as Gaeil Colmcille’s Mary Farrell and Martin O’Reilly tee-off alongside Lucan’s Angela Shanahan and Terry Cassidy. Stella Sheridan is a double winner of this event having previously won with another Glenville player, Tommy Collins, back in Seapoint in 2001.

The next pairing to go out with be the National Mixed Foursomes Champions themselves as Navan’s Catherine McCreevy and Bellewstown’s Wally Sheridan get ready for the defence of the Sean Coyne Cup in Collins in early October. Another pairing to feature a national winner in that of Ringcommons’ Ann Duffy (National Junior Strokeplay Champion on her home course last month) who plays with club-mate Jack O’Connor alongside Kilbeggan duo John and Kathleen Carton. All three members of the winning PJ Bell team from back in May in ESB are playing with Ger Ryan and Sean Robinson playing together and the other member of the winning team, Mary McKenna, playing alongside their Ferbane club-mate Sean Buckley.

There is only pairing from the host club taking part namely Betty Fox and Peter Conboy as they play with another Ferbane pairing in the form of Kathleen O’Lone and Michael Kenny. After being unsuccessful in the defence of the European Strokeplay title in Holland last weekend, Bellewstown’s Ian Farrelly returns to local action this weekend paired with Skyrne’s Kathleen Geraghty for Sunday’s event. The fact there was qualifying for this province makes the club representation in terms of teams a bit more even but Lucan have five in total with Kathleen Croke and Billy Blake, Brenda Purcell and Terry McMorrow, Dora and Brendan Keane along with Phil Condron and Patrick Croke the other teams qualified from the Dublin club.

Kilbeggan have four teams amongst the field with John and Veronica Clarke, Michael and Lynda Carton along with Dina Carton and Mick Cunningham the other teams from the Westmeath club. Irish Ladies No 2 Chrissie Byrne is out in the last pairing with Ryston’s Darren Keogh as she goes in search of one of the few events she hasn’t won in her illustrious career.

It should make for interesting viewing if the pair are in contention come the closing stages but this event is generally to the higher handicapped pairs advantage.

We wish all teams the very best of luck in both Lakeside and The Acres on Sunday. Updates on proceedings will be available on the PPUI website throughout both events.