THE long journey for eight teams to the National Inter-Club Finals Day will come to a conclusion on Saturday in Tramore with both the Scratch Gents and Inter/Junior Champions crowned for 2015. Communications & Press Officer Jason O’Connor takes a look at how the teams competing on Saturday made it through to Finals Day. 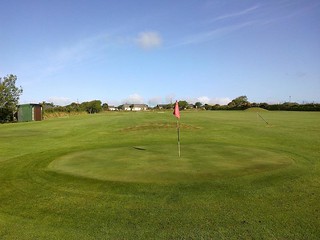 It’s a case of two straight Munster vs. Leinster Semi-Finals in this grade with two of the last four from last year back again looking for success. Last year’s runners-up Collinstown return looking to go one better as they face a Tipperary Hills side making their first appearance at this stage of the competition. The Westmeath side have a more compact panel than last year but still have some of the same players in the three Middleton’s, Damian, Gary and Maurice, the two Penrose’s, David and Declan, Kevin Flanagan and Michael Scally with Jamie and Martin Loran joining their ranks this year.

In the Group Stages they started off with a victory over fellow Westmeath side Lough Owel before following up with similar strong victories over Cement of Louth and Lucan of Dublin to reach this point. Tipperary Hills have a bigger panel of 11 to choose from for their starting sixes led by Michael Brennan, John Hanley, Eddie Jones, Ray Lyons, Paul Malone, Jonathon Madden, Johnny Martin, Martin Morrissey, Robert O’Donnell, Richard Swords and Eddie Tuohy. Their campaign started off with two tough encounters against fellow Tipperary club, Lakeside followed by a victory over Cunnigar in Fermoy, both won by a margin of 5-4. They moved it up a level in booking their place in the last four with a win over last year’s Champions St Pats of Enniscorthy while their defeat to Bagenalstown in the last group game was inconsequential as they had already secured top spot in the table.

Bagenalstown themselves are back in the semi-finals for a second successive year after being defeated by Collinstown in Tullamore last year. The Carlow club had to come from behind to make it here. Losing out to St Pats in the first match in Gowran was a tough start but they grinded out victories against Lakeside and Cunnigar along with the aforementioned win over Tipperary Hills to come through as the best second place side from the three groups. Like Collinstown their panel is a bit smaller this year but still has a good share of experience containing Martin Baird, Eugene Doran, Richard Hickey, Joseph Paul Kelly, Darren and Donal McNally, Patrick Robinson Snr and Jnr along with Liam Shinnors.

They will face Parteen in the other semi-final, a side that won all three of their games to make it to this point, starting off with a 7-2 success over Clare Road before following up with 5-4 victories over Kerry clubs Deerpark and Tralee. Former National Junior Strokeplay Champion Alan Bennis is the stand out name from their panel that also includes Tony Cusack, Conor Fahy, Johnny Gaynor, Kieran Hogan, Brian O’Flynn, Eugene O’Hehir, Frank Patterson and Ger Roche.

One thing about this year’s winners, whoever they may be, come the conclusion on Saturday afternoon is that they won’t have a saintly name after them like the first two victors of this grade in St Annes and St Pat’s! 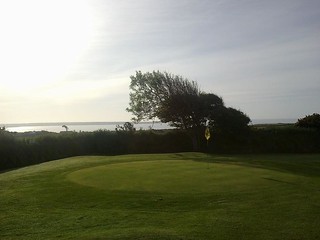 One question dominates this grade in advance of Saturday. Is it to be three-in-a-row for St Annes or will only the second ever winner of the event be crowned? Two wins and two draws have been the Cork City club’s lot so far in their games played. They started off with a big win over Bruff in their first game before draws with Deerpark and St Patricks left them needing to beat Collinstown to secure their place in the last four. That they duly did by 6-3 and a repeat meeting with the Enniscorthy club is their immediate task in Tramore on Saturday morning.

It’s a bigger squad than last year for St Annes to pick from in 2015. Names like Ray Murphy, Frank Dineen, Darren Collins and Kieran Dunscombe don’t really need any introduction to seasoned Pitch & Putt observers but they are a lot of unheralded heroes in the squad such as Ronan Callanan, Donal Duggan, Tadgh Murphy, Liam Myers and John O’Sullivan with Ian Leech and Martin O’Sullivan having previously featured in the club’s Inter/Junior win of 2013. St Patricks of course will be hoping to follow on from their Inter/Junior side’s success of 2014 and add another National title to the club’s collection not only in their own colours but also those of Wexford. That draw with St Annes was the only blemish on their campaign so far as they recorded wins over Fermoy, Erins Isle and Collinstown to make it to this point. All the usual names that have represented both club and county in recent years are there including John and William Hudson. Dean Grannell, Martin O’Neill, Conor Murphy, Shane Redmond and Paul Tobin are on the panel alongside Mervyn Cooney.

The second semi-final features the second and fourth placed team in the Group Stage with Fermoy taking on Bruff in somewhat of a repeat of last year’s semi-final. Fermoy made last year’s decider as part of a combination with Collins but are competing as a single entity this year and had three wins out of four in their group games, accounting for Deerpark, Bruff and Collinstown with a loss to St Pats denying them a 100% record. John Cahill headlines the side alongside Declan Freeman, Wayne Galvin, Daniel Keohane, Justin McCarthy, St John O’Connor, Gerard Quirke, David as well as Ryan Sexton. Bruff scrambled through to get the last semi-final spot with their win over Deerpark effectively sending them through come the completion of the Group Stage. That came after losing their opening two matches with St Annes and Fermoy with a 5-4 win over Dublin’s Erins Isle their other win prior to this Saturday.

Liam O’Donovan spearheads the side alongside Michael and Pacelli Darcy, Billy and Patsy Farrell, Munster Senior Matchplay winner Thomas Hanley, Martin Keohane, William O’Donovan, Mark Ryan as well as the club’s newest recruit from Tipperary, Brian Webster. Tramore as a course will present its own challenges but if all teams catch fires on the day we have the potential for some cracking Pitch & Putt and a fine way to end the year at adult level.

We wish all eight teams in the two competitions the very best of luck on Saturday on what promises to be an exciting day. Updates will be available on the PPUI Website Saturday, as they will be tomorrow for our Provincial Schools Competitions in both Fermoy and St Bridgets.